Corey Brothers, Inc. is a third-generation, 100% family owned produce distribution and marketing company headquartered in Charleston, West Virginia… wholesaling to both retail and food service customers throughout West Virginia and the border areas of Ohio, Kentucky, Virginia and Maryland 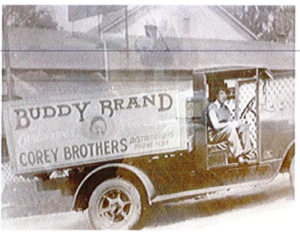 Of Lebanese decent, the roots of the company were established in 1895 in the coal and natural gas fields just outside the Charleston, WV area. Although the family history in Lebanon was with growing figs, grapes, and pomegranates, their new interest was learning about the coal and natural gas potential in this area of West Virginia that most resembled their landscape in Lebanon.  To their amazement, their “vintage produce blood” took over when they discovered a lack of fresh produce availability as most families ate potatoes, onions, and rutabagas which stored well and had good shelf life.  They then made arrangements to take produce off a rail car from Cincinnati in route to Virginia and started pedaling produce off an on in the coal and gas fields.

To complement those efforts, they brought more family members over from Lebanon to enjoy the opportunity in America with natural gas, produce, and managing the areas first rooftop restaurant, The Palm, which was atop the Union Building beside the Kanawha River in downtown Charleston. 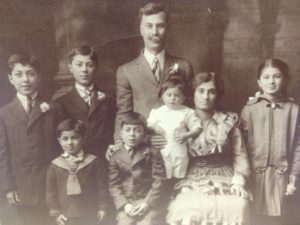 In ensuing years, the family serviced all of the areas’ A & P and independents in the Huntington, WV area until 1929 when George and Afifi Corey’s sons, Dick, Zeke, Philip, and Schcabe (Mutt) formed Corey Brothers, a partnership, in 1929. The boy’s sister, Emaline, had married Fred Salem from Huntington, and although “not a Corey Brother”, Emaline was a driving force and Instrumental in the operations in the Huntington area, and the encouragement to form a retail outlet and wholesale company back in Charleston. The youngest brother, La Babe, became involved as he grew into manhood.

Over the ensuing years Zeke left the business for a career in the state government, Schcabe (Mutt) opened his own produce store, Mutt’s Fruit Bowl, and an automated car wash, Mutt’s Car Wash. La Babe headed west to Los Angeles and was successful in real estate, and a supermarket. Close friends with Danny Thomas, the “La Babe” was heavily involved with Danny throughout the early development of St. Judes Children’s Research Hospital.

In 1954, after 25 years of partnership, Corey Brothers became incorporated, with ownership 50-50 Dick and his brother Philip. A buy and sell agreement was then instituted whereby, in the event of the death of one of the brothers, the surviving brother was to buy out the deceased brother’s shares. Consequently , Dick Corey bought out Philip’s shares upon Philip’s passing in 1977. 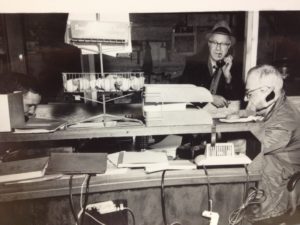 At the age of 74, and with none of Dick’s three sons active in the business, a determined Dick Corey borrowed money to buy out his brother Philip’s shares to continue the great tradition that was Corey Brothers. In full support of this endeavor Dick’s loving wife, Alexandra, who as the next few years unfolded, laid the ideology and direction for the critical years ahead.

Although Dick and Alexandra’s sons grew up in and around the produce business, they individually chose to pursue and develop their own career paths. 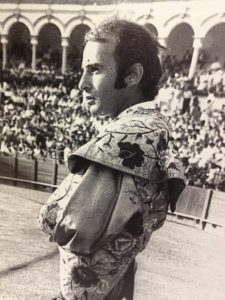 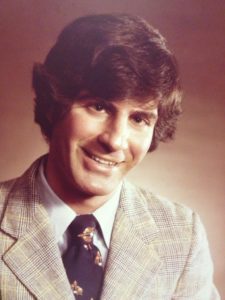 The middle son, Steve, graduated with honors in Accounting from Duke University, attained his MBA in Finance from Wharton, and his law degree from SMU in Dallas. With this foundation, he formed Incorsel International Entertainment Consultants, managing the endorsement contracting and Tour Direction for major athletes and entertainment stars such as John McEnroe, Martina Navratilova, BJ Thomas, The Amazing Kreshin, Richard Simmons, and many others.

The youngest son, Bob, graduated from the University of Tennessee in Knoxville with a BS degree in marketing and joined the Executive Management Development Program with Carnation Company (now Nestle) and served in various executive and sales management capacities during his eight year career with Carnation. Prior to Carnation and during his college years, Bob Worked hand-in-hand with his brother Steve, promoting over 200 rock concerts covering 22 cities throughout the southeastern U.S. from 1966 to 1970 with their concert promotion company, Corey Enterprises. Steve was President and Bob Vice President. The company liquidated in 1970 as Steve decided to further his education and Bob joining Carnation upon graduation from the University of Tennessee.

Two years prior to Philip Coreys passing, Dick’s oldest son, Richard, retired from bullfighting and came home to assist the family as his Uncle Philip’s health severely declined. Dicks Middle son, Steven, although highly successful with his own business headquartered in Dallas, made significant contributions in his areas of expertise of finance, accounting, and law. In 1978, one year after Phil’s passing and Dicks buyout of Philip, the needs of the family tradition and operation drew Dick’s youngest son Bob home, where he along with brothers, Richard and Steve, expanded Corey Brothers, Inc., from a local service produce operation to the five state distribution center it is today.

Dick Corey passed away in 1981. Dick’s son, Steve, passed away in 1991, but was instrumental in expanding the company outside of produce which includes West Virginias largest taxi cab company, C & H Taxi, now in its 38th year of operation, and Jack Rabbit Delivery (28 years).

Bob continued as well with the origin and development of the syndicated short-subject television feature, “The Produce Corner with Bob Corey“, which aired throughout the United States from 1982 – 2005 with 5,280 consecutive airings and 3,600 taped segments, including a 3 year run on Food Network from 1996 – 1999.

In 2008, Dicks oldest son, Richard, took a “well-deserved” retirement from Corey Brothers; however, he and son, Jeb, took over full ownership of C & H Taxi Company.

Looking forward to the future, the Company has developed a solid management team to carry on the business and possess a solid  combination of experience (350 years collectively), as well as capable youth to continue to move the company forward.

At Corey’s, we are always looking to further build upon our storied foundation by investing in the people, community, and relationships that have helped shape our company over the past 4 generations. Working with our neighbors and industry peers to assist in local agricultural development remains a high priority as well, ensuring that local farmers are able to get their products to market in area restaurants, retail stores, and institutions alike.

To get the most out of a team you must first offer support and care.

Everything we take part in should be enjoyable while also satisfying an internal desire.

We believe the best teams have high levels of cooperation and harmony.

Keeping a positive outlook on the future creates the best attitude for growth.

Education and information sharing are critical to developing successful relationships.

Being observant of your surroundings, to make the most thoughtful and practical decisions.

Countless hours of training and experience have provided our drivers with a real understanding of what your needs are when an order is delivered.

Thoroughly inspecting all inbound and outbound products while also making sure each product is handled and stored with care to ensure optimal shelf life and quality.

Making sure you have all the tools needed to understand market conditions, place your orders, and provide you with product, delivery, or account assistance.